This page contains numerous files that are frequently requested for media use. High-resolution version of the images may be downloaded by right-clicking the images and choosing “Save images as”. All items may be used freely for non-commercial and educational purposes. For other types of use, please contact us first and we will point you towards the copyright holder. The original publications may be downloaded from our Publications page.

Introductory video of the PI by Academy of Finland (in Finnish, subtitles in English).

Mapping emotions in the body

Coverage of our work on the bodily maps of emotions by American Museum of Natural history. High-resolution version of the original body map may be downloaded here, a Finnish version is available for download here.

This video shows brain activation from 104 subjects and eye movement recordings from 28 subjects watching a scene from the Finnish drama film  “Käsky” (the commandment). Hot colours in the brain image indicate increased activation. In the right panel red disks show gaze position for each viewer, and the heatmap shows the mean focus of gaze, that is, the region where most viewers are currently looking at. Note how the eyes are almost uniformly fixated on the text and faces shown in the initial scenes. This synchronisation breaks down while landscapes are shown, and re-emerges during the intense combat scenes.

What interests us in art?

Visual art is a culturally universal and an omnipresent phenomenon, yet the affective and cognitive mechanisms underlying aesthetic experiences remain poorly understood. We have recently developed a method for mapping “affective topographies” in visual art pieces that reveal the regions that human observers find most interesting while viewing art. The summary images below show sample interest maps from 55 subjects viewing famous Finnish paintings. The liking and beauty scores are based on a separate sample of 500 respondents.

Far Beyond The Brain

How can less be more? It’s impossible – more is more! YNGWIE MALMSTEEN is the world’s fastest guitarist, and Emotion Lab’s official honorary philosopher. To bay our tribute to the Swedish guitar wizard, we have measured brain activity from 100 subjects listening to Yngwie’s masterpiece “Far beyond the Sun”. The video below show brain activity while listening to Yngwie shred, as quantified as inter-subject phase coherence.  See also the original publication in here

Video showing eye movements from 28 viewers watching a scene from the horror movie “The Conjuring 2”. Red disks show gaze position for each viewer, and the heatmap shows the mean focus of gaze, that is, the region where most viewers are currently looking at

Video showing how the brain parses the social world during cinema viewing. You may view the original scientific paper  based one the results here.

This study mapped the presentation of 100 different feelings in the body.  The figure below shows the mean sensation map for each feeling. A high-resolution version is available for download here. If you wish to translate the figure to another language, there’s a version without the labels available too; click here to download. Lay summary of the study (in English and in Finnish) can be accessed from the links below:

The vide below shows animated version of each feeling. The video is CC-licensed and is also available in Finnish, Japanese, Spanish, and Italian. L

Both children, adolescents and adults enjoy playing video games although they do not have immediate survival function. This video shows sample gameplay from our study where we demonstrated consistent activity in the brain’s reward circuit while winning in a competitive first-person video game playing.

Topographical organization of human emotions in the body from Nummenmaa et al (2014 PNAS). The data are based on self-reports of 400 adults. 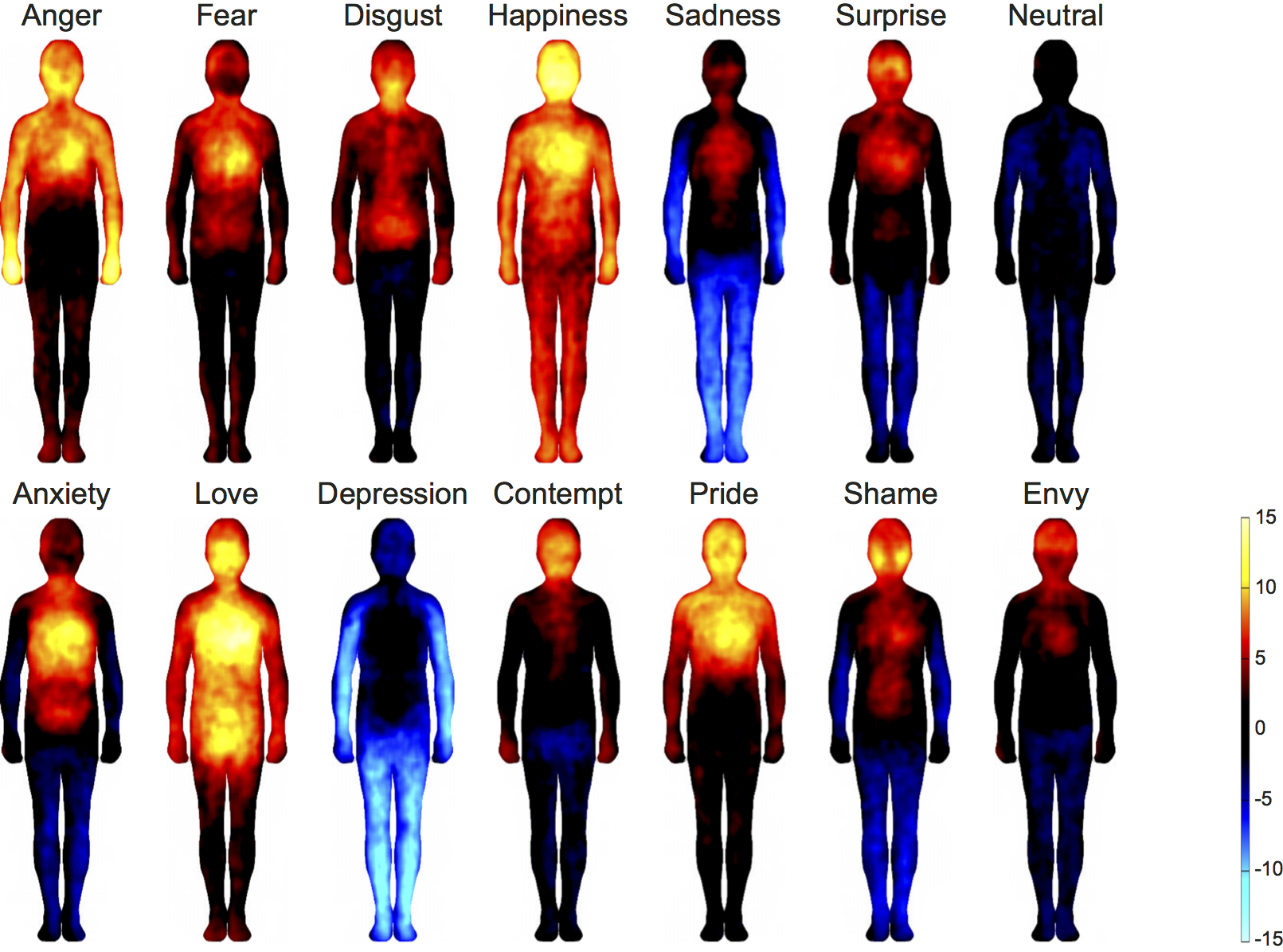 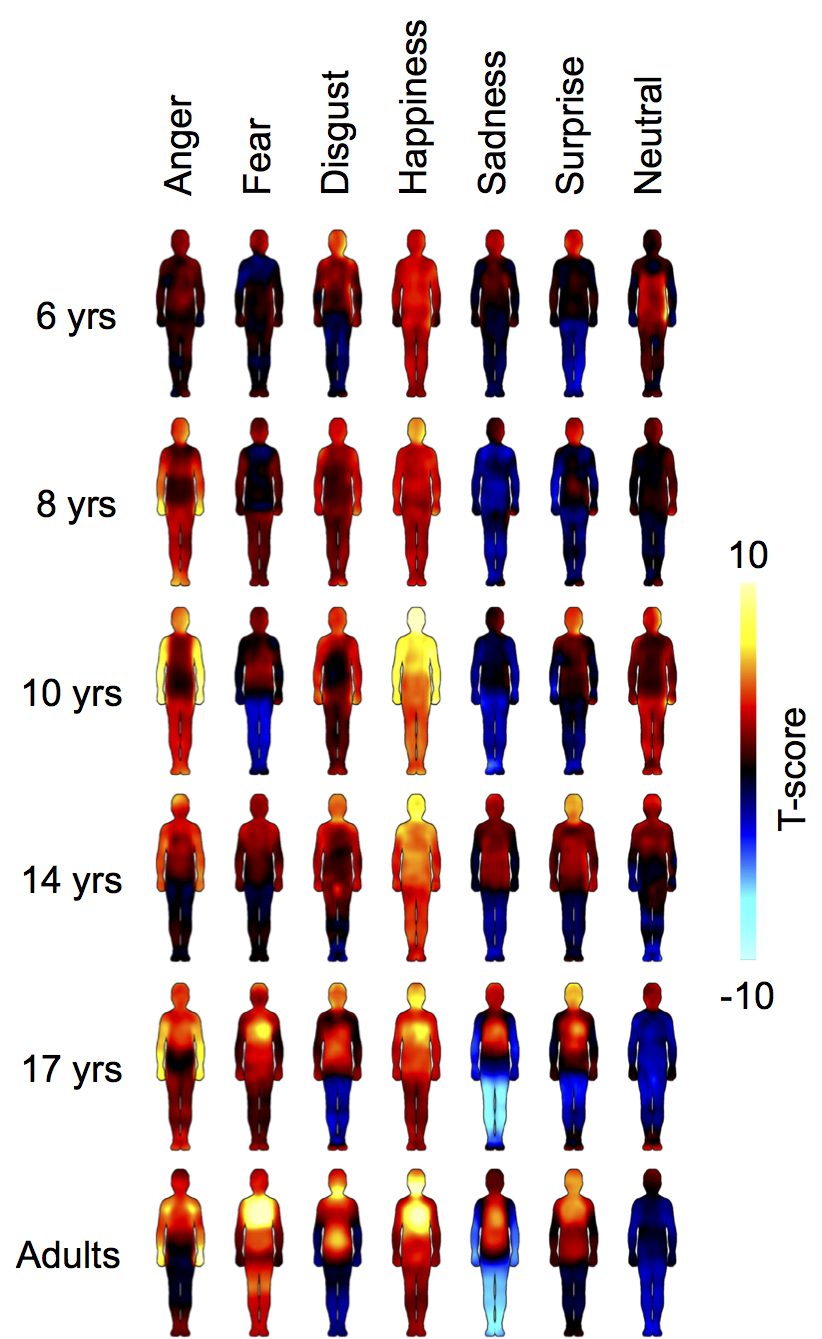 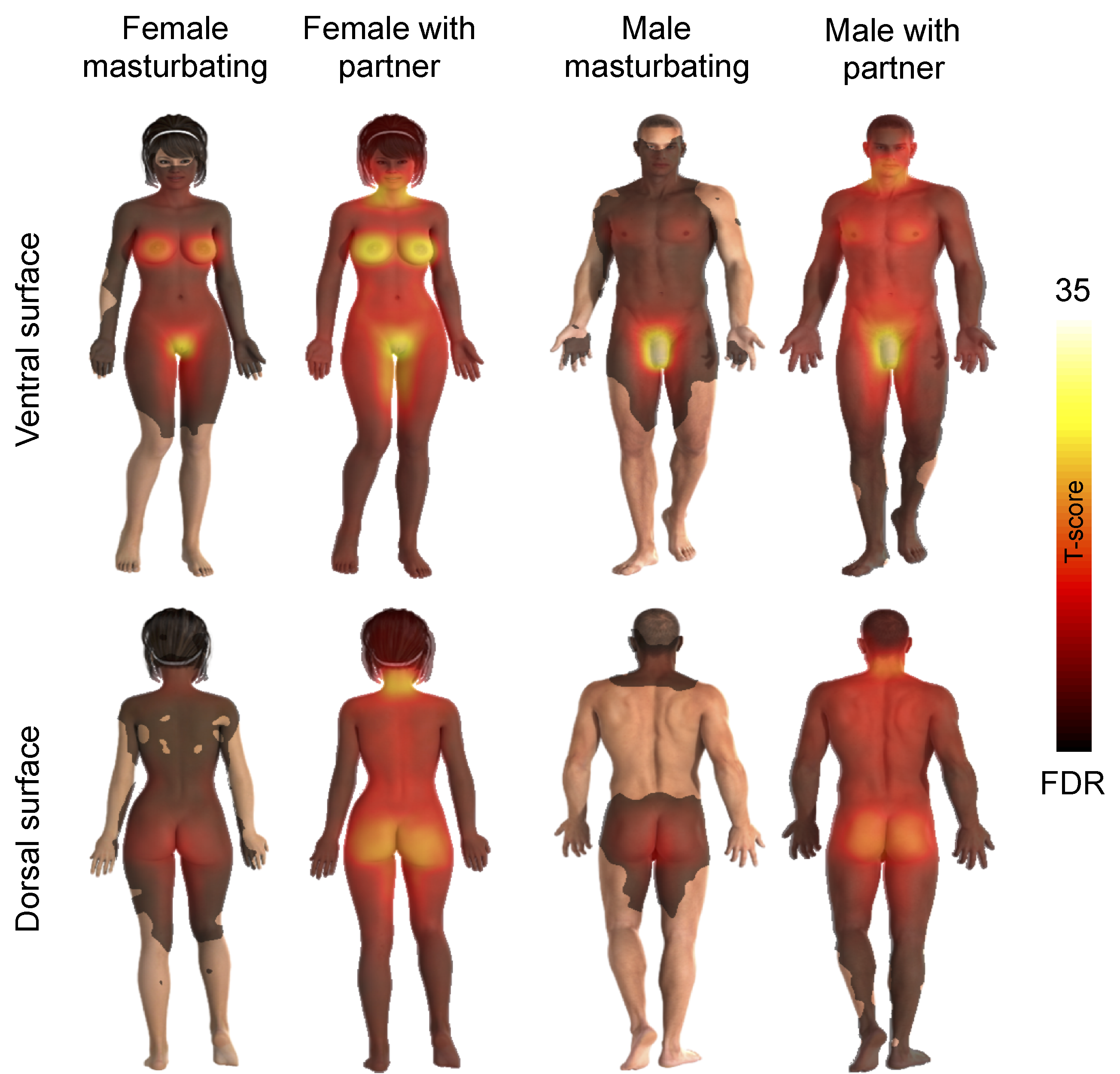 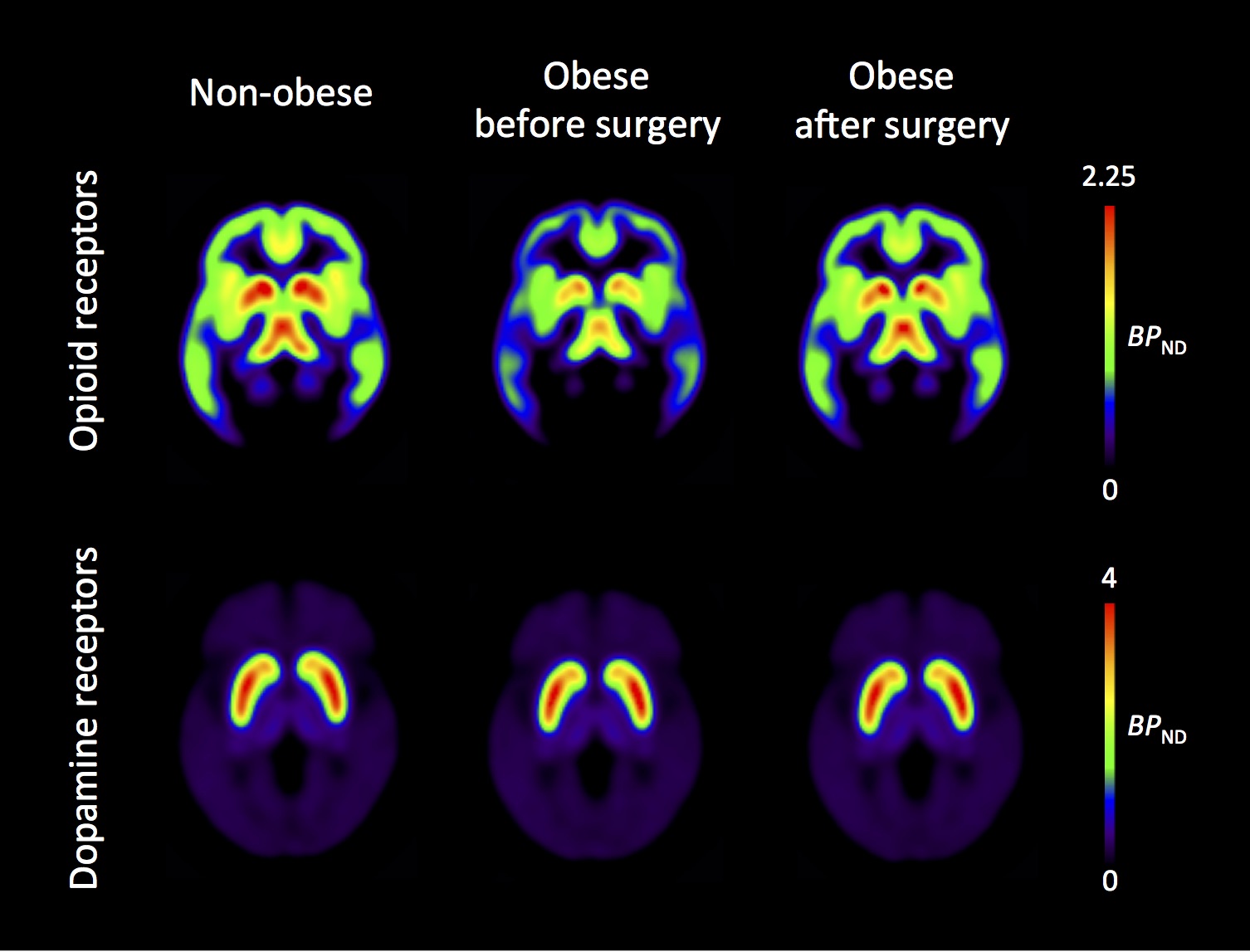